Requirements: I was tasked with developing the interface for the Guardians of Kelthas, a deck building game, in J# using DirectX. I took the artwork from our team of artists and presented it to the user to help them install, setup the game, and play the game.

Result: We created an interface, allowing us to seamlessly transition between the interface and the game playing environments.

This is an image of the gameplay interface.

This is an image of the deck management system created in part with the game for campaigns and online games. 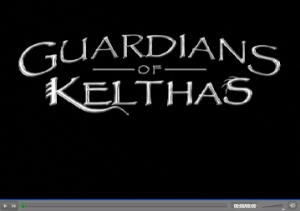 This is a promotional video clip that was created for the game. The video shows the game’s opening animation and several of the game interfaces, including the main interface.  Unfortunately, the game itself is no longer supported by Microsoft.

Outcomes: The game was sold as part of a package of independent games at a website called the Great Games Experiment, which is now defunct. We also submitted the game to a number of game competitions: